An Auditory Brain Stem Implant (ABI) is a surgically implanted electronic device that provides a sense of sound to a person who is profoundly deaf, due to profound hearing impairment (due to illness or injury damaging the cochlea or auditory nerve, and so precluding the use of a cochlear implant). The auditory brain stem implant uses similar technology as the cochlear implant, but instead of electrical stimulation being used to stimulate the cochlea, it is instead used to stimulate the brain stem of the recipient.

1st Auditory brainstem implant (ABI) was performed on a two-and-half-year old girl from Ladakh, who was born with hearing impairment by Dr. Hans and team in June 2009. Since then Ten such children have been operated by the team successfully.

Tsesal is the first child of an ABI in India and second in Asia. ABI is a technique in which a small chip is placed in the brain stem (The auditory nuclei located in the fourth ventricle) to restore hearing sensation.

It takes at least two months before the brain starts responding to the chip. It was only a matter of time, with the appropriate auditory and speech training that Tsesal began to hear normally. Prof. (Dr.) J. M. Hans, led a team of doctors comprising of ENT Surgeon and Neuro-Surgeon to conduct the surgery. 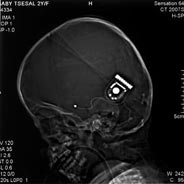 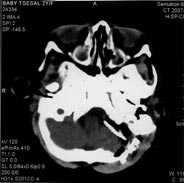 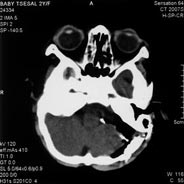